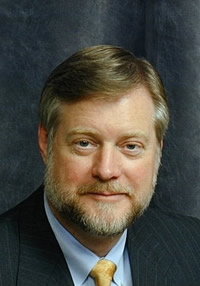 Bob Downing is a graduate of Zachary High School and of Louisiana State University. He has been licensed to practice law in Louisiana since 1975. After practicing law for ten years, Bob Downing committed himself to a 25 year career in public service, first serving as a District Judge for the 19th Judicial District Court for the Parish of East Baton Rouge (1985 - 2000), and then as a Court of Appeal Judge for the Louisiana First Circuit Court of Appeal (2000 - 2010).

After retiring from the bench in 2010, Bob Downing returned to private practice and is Of Counsel to the firm. Bob is accepting serious plaintiff personal injury and wrongful death cases at the trial and appellate levels.

During his judicial career, Bob Downing served as Chief Judge of the 19th JDC; was on the Executive Committee of the Louisiana District Judge’s Association; and was a Safe Team Member for A Partnership for Safe Communities: Courts, Education and Literacy with the National Judicial College. Bob also served as Co-Chair of the Governor’s Violence Task Force, and was on the Governor’s Transition Team for Corrections.

Bob Downing participates in prison fellowship and is a frequent speaker on the subjects of crime prevention and rehabilitation. He was inducted into the Angola Justice Hall of Fame in 2008. Prior to that, Bob Downing was instrumental in creating a pilot program funded by JTPA, which made vocational education a requirement of probation. The pilot program was so successful that it was featured in People Magazine in February 1988, and on the Geraldo Show that same year. Bob Downing is also a Distinguished Toastmaster with Toastmasters International and introduced Toastmasters into the Louisiana prison system. Bob Downing also served as a past national director of Cenikor, an 18 month drug and alcohol treatment program, which has a center in Baton Rouge, Louisiana. Bob Downing was also on the board of directors for the Baton Rouge Marine Institute, which is a program to educate adjudicated delinquents and alter their behavior using marine activities and incentives such as scuba-diving and sailing.

For his tireless efforts and devotion to his community and to the law, Bob Downing was inducted into the Angola Justice Hall of Fame; and received the Community Service Award from the Louisiana Policy Jury Black Caucus; the Literacy Advocate Award from the Capital Area Literacy Coalition; the Outstanding Judicial Award from Victims and Citizens Against Crime; and the Award of Distinction for Humanitarian Services from Alpha Kappa Alpha Sorority.

Bob Downing is married to Pam, and they have three children, Kathryne, Kiera, and Wes.