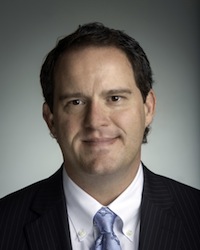 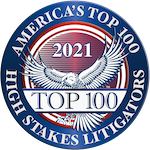 Recognized by his peers in Louisiana Super Lawyers as one of the 2020 Top 50 Lawyers in Louisiana in all practices areas, Scott Andrews is licensed to practice law in Louisiana (since 1996) and Texas (since 2006).  Scott is admitted to practice in all Federal Courts in Louisiana, and before the United States Fifth Circuit Court of Appeals and the United States Supreme Court. For the past eleven years, Scott has served as an Adjunct Professor of Law at the Southern University Law Center teaching Advanced Torts, Insurance Law and Products Liability.

Scott Andrews earned the prestigious AV peer review rating from Martindale-Hubbell and was the 2014-2015 and 2019-2020 recipient of the LAJ President's Award. Scott has been selected by his peers for inclusion in both Best Lawyers in America© 2016-2022 and Louisiana Super Lawyers (2012-2021). Scott has also been selected for membership in America's Top 100 High Stakes Litigators, The National Trial Lawyers Top 100 Trial Lawyers, and The National Trial Lawyers Top 40 Under 40.

Scott was a 2011 Baton Rouge Business Report Forty Under 40 honoree, is a past Chairman/President of the Northwestern State University Foundation Board of Directors and is a former President of the Wex Malone American Inn of Court.

Scott Andrews hails from Jonesboro-Hodge, Louisiana. After graduating with honors from Northwestern State University in Natchitoches, Louisiana in 1992, where he served as Student Government Association President, Scott worked as a PPO Contract Negotiator for the State of Louisiana Office of Group Benefits for one year prior to entering law school at the Louisiana State University Paul M. Hebert Law Center.

Scott Andrews is a Member of the Louisiana Law Review, Order of the Coif, and the LSU Law Center Hall of Fame.

Scott Andrews began his association with the Dué law firm as a law clerk during law school and continued with the firm after law school. While the firm's office is located in Baton Rouge, Louisiana, Scott Andrews handles serious Personal Injury and Wrongful Death cases throughout Louisiana, with the highest concentration of injury and death cases being handled in the greater Baton Rouge area.

Honors, Awards and Activities
Publications and Writings
Contact Us
Practice Areas
Client Reviews
★★★★★
"Amazing place to work and best place to go if you’re looking for Attorney’s that care about YOU & YOUR treatment/recovery." A.B.
★★★★★
"I would have been so lost without your help. Thank you for making me feel like a normal human being again! I just love y'all!" B.B.
★★★★★
"Thanks again for all you have done. I can't explain the peace of mind I have had since talking to you." T.P.
★★★★★
"You have been such an important part of our lives! You have done so much to help and make life enjoyable after the accident! Thank you for all the love and support!" P.C.
View More
Submit a Law Firm Client Review