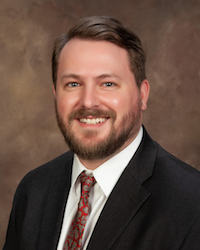 Andy was born and raised in Baton Rouge, Louisiana, and graduated from The Dunham School in 2013.

Andy went on to attend Louisiana State University and earned his degree in Political Science. While working toward his undergraduate degree, Andy was employed as a legislative aid in the Louisiana State Senate and worked for several Senators over the course of four years.

While attending Southern University Law Center, Andy earned Cali Awards for Excellence in Torts I, Advanced Legal Writing, and Toxic Torts. During this time, Andy worked with the Dué law firm as a law clerk and continued on with the firm after graduation.