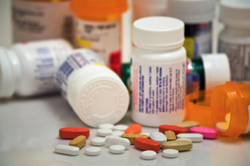 Drug injuries are caused by a variety of reasons, including improperly prescribed medications, mis-filled prescriptions, and defective drugs and medications. The Baton Rouge, Louisiana drug injury lawyers at Dué Guidry Piedrahita Andrews L.C. are no strangers to the hard fought battles with pharmacists, doctors, and drug manufacturers. Pharmacists that negligently fill the wrong prescriptions, doctors that over prescribe or mis-prescribe medications, and drug manufacturers whose drugs harm patients are powerful adversaries and usually do not give up with out an expensive and prolonged battle. For this reason, the drug injury attorney you hire must be able to bring to the fight the necessary experience and financial resources to ensure protection of your legal rights.

Our experienced Baton Rouge, Louisiana drug injury lawyers are not afraid of the courtroom and have the financial resources to take on powerful drug liability adversaries in serious personal injury and wrongful death cases. Paul H. Dué successfully tried one of the most significant drug injury cases in the United States when he took on an aspirin manufacturer that sold and marketed aspirin for children without sufficient warnings about the risk of Reye's Syndrome. The brain damaged child was awarded over $12,000,000 from the aspirin manufacturer, and the Louisiana reported decision of Sharkey v. Sterling Drug provided a road-map for all Reye's Syndrome cases that followed against aspirin manufacturers. Other representative drug injury cases handled by our Baton Rouge, Louisiana drug injury attorneys include a mis-filled seizure medication that caused a brain damaged child to suffer a gran-mal seizure, aspirate and die in Lafayette; a mis-prescribed antibiotic that caused Stevens-Johnson Syndrome in Baton Rouge; and a methadone overdose in a chronic pain patient in Monroe. We have also been involved in various individual drug injury cases against drug manufactures for defective medications and drugs involved in mass tort litigation.

If you or a loved one are the victim of a mis-filled prescription, overdose of medication, or a defective medication or drug, contact the experienced Baton Rouge, Louisiana defective drug attorneys at Dué Guidry Piedrahita Andrews L.C. to schedule a FREE CONSULTATION.