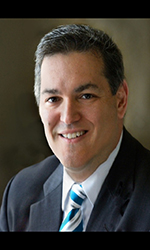 Randy A. Piedrahita died after a lengthy battle with brain cancer.  Randy was a Life-Time Member of the Multi-Million Dollar Advocates Forum (reserved for attorneys receiving at least one multi-million dollar jury verdict, judgment or settlement), and for 2013-2018, Randy was selected for inclusion in Louisiana Super Lawyers-Personal Injury Plaintiff, and Best Lawyers in America© 2018 in the practice area of Personal Injury Plaintiffs.

Randy graduated from Episcopal High School in Baton Rouge and Vanderbilt University. He was a 1993 graduate of the LSU Law Center, finishing fourth in his class. He received American Jurisprudence Awards in five subjects, was made a member of the Order of the Coif, and served as Articles Editor of the Louisiana Law Review. He was a 1993 inductee into the LSU Law Center Hall of Fame. After graduation from law school, Randy served one year terms as Law Clerk, first to Justice Pike Hall, Jr. of the Louisiana Supreme Court, and then to Chief Judge Henry A. "Hank" Politz of the United States Fifth Circuit Court of Appeals.

Randy successfully tried cases in State and Federal Courts all over Louisiana, and conducted seminars for continuing legal education in Louisiana, receiving high marks for his seminars on jury selection and communication. Randy served as lead trial counsel in a case against a natural gas utility involving a natural gas explosion in a rent house in Opelousas, Louisiana. The St. Landry Parish jury delivered a verdict that was affirmed by the Third Circuit Court of Appeal and Louisiana Supreme Court, valued in excess of $23,000,000 for the severe burn injuries sustained by the family members present in the home at the time of the explosion. In 2015, Randy represented the City of Baton Rouge/Parish of East Baton Rouge and helped get Baton Rouge $2.145 million for losses from the BP oil spill. This was a record settlement for an inland city in the entire national BP litigation.

For more than ten years, Randy received a prestigious "AV" Rating from the foremost national lawyer's rating service, Martindale-Hubbell. This signified that Randy was rated by the lawyers in this legal community as having the highest legal ability and ethical standards, a rare recognition usually given only to much more senior lawyers.

Randy handled cases of both local and national attention. These included the lawsuit against Oliver Stone and Time-Warner for the violence inspired by the film "Natural Born Killers", which went all the way to the United States Supreme Court. Another was against the riverboat casinos for their distribution of free alcohol to gamblers without regard for the dangerous drunk driving which ensued; the case later became the subject of a Wall Street Journal feature.

Randy also successfully handled election disputes, including challenges to candidate eligibility. Of extreme and recent statewide significance was a mayoral election dispute which defined the deadline for qualification; Randy successfully litigated the case declaring the incumbent ineligible, as the incumbent qualified two minutes late on the last day available for qualifying.

Randy served as a Reserve Deputy Sheriff with arrest authority for East and West Baton Rouge Parishes. Randy was an entry-qualified member of the East Baton Rouge Parish Sheriff's Office SWAT Team, receiving training from Blackwater and LAPD SWAT in high-risk warrant service, hostage rescue, and barricaded suspect arrest scenarios. He served as SWAT's FBI and National Tactical Officers' Association (NTOA)-trained Crisis Negotiator, not to mention being its Legal Advisor. He was a special Deputy U.S. Marshal serving with SWAT in its efforts to assist the U.S. Marshal's Service in fugitive apprehension. He served as Legal Instructor for the Capital Area Regional Training Academy, a police academy training police cadets in the Baton Rouge Metro area. Randy made presentations on liability issues for the POST Council, the certifying body for all law enforcement officers in Louisiana, and also taught legal issues for the East Baton Rouge Sheriff Reserve Academy and for its regional SWAT training school.

Randy served as Co-Chair of East Baton Rouge Sheriff Sid Gautreaux's Regional Law Enforcement Transition Team; was a Life Member of the National Rifle Association; and served on the Board of the Pelican State Chapter Friends of the NRA, responsible for funding and administering local gun and hunter safety programs and other charitable aspects involving the National Rifle Association.