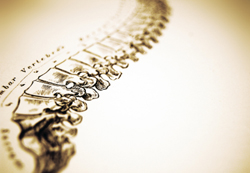 Handling a spinal cord injury case requires extensive knowledge of the mechanism of spinal cord injuries, the treatment options, the damage model, and of the catastrophic impact a paralyzing injury has on a person's self-esteem, livelihood and family. Each Baton Rouge, Louisiana spinal cord injury attorney at Dué Guidry Piedrahita Andrews L.C. has handled numerous cases on behalf of paralysis victims, and has collected millions of dollars in compensation for quadriplegic and paraplegic injury clients. Most recently, in April 2010, Kirk A. Guidry and Randy A. Piedrahita completed what is believed to be one of the largest settlement in Louisiana history for a paraplegic -- a $15,000,000 settlement for a client rendered paraplegic in an offshore drilling rig accident.

Damage to the spinal cord causes one of the most devastating injuries a person can sustain. Spinal cord injuries can be complete or incomplete and can result in quadriplegia (tetraplegia) or paraplegia. These injuries usually render the victim totally disabled from any gainful employment, and in need of 24/7 attendant or custodial care, as well as other necessary future medical expenses and related benefits.

Our Baton Rouge, Louisiana spinal cord injury lawyers handled the well-known Fox v. Board of Supervisors case involving a rugby player who was rendered quadriplegic in a game at LSU in Baton Rouge, Louisiana, and the Bergeron v. State Boxing and Wrestling Commission case for a professional wrestler rendered quadriplegic during a sanctioned and regulated, but "sham" wrestling event in Amelia, Louisiana. We also handled multiple diving injury cases, including one for a young man rendered quadriplegic while diving into deceptively shallow water at False River in New Roads, Louisiana. We also represented a man in Tallulah, Louisiana, who suffered paraparesis after losing control of his vehicle and striking a tree after encountering potholes and ruts on a poorly maintained roadway.

Our Baton Rouge, Louisiana spinal cord injury attorneys have also represented multiple victims whose injuries were made much worse by inadequate assessment or treatment, or by negligent handling of the victim after the injury was sustained. For example, we handled a case for man who sustained a treatable lumbar spine injury, but who was rendered paraplegic because police officers handled him roughly and did not seek timely medical treatment for his injury. We represented another young man who was initially rendered paraplegic by a football injury, but became quadriplegic because his treating neurosurgeon performed spine surgery while the spinal cord was still swollen.

If you or a loved one has sustained a paralyzing spinal cord injury, contact the experienced Baton Rouge, Louisiana back accident lawyers at Dué Guidry Piedrahita Andrews L.C. to schedule a FREE CONSULTATION.